The Estero Boulevard roadway and drainage design consisted of a crowned roadway with curb and gutter leading to an enclosed drainage system. This design is different than the previous inverted crown roadway design with the center lane drainage system that exists in Segments 1 through 4. The right-of-way (ROW) in Segment 5 is generally 80 feet wide.

Reconstructed Estero Boulevard from Albatross Street to the south end of the island will generally provide: 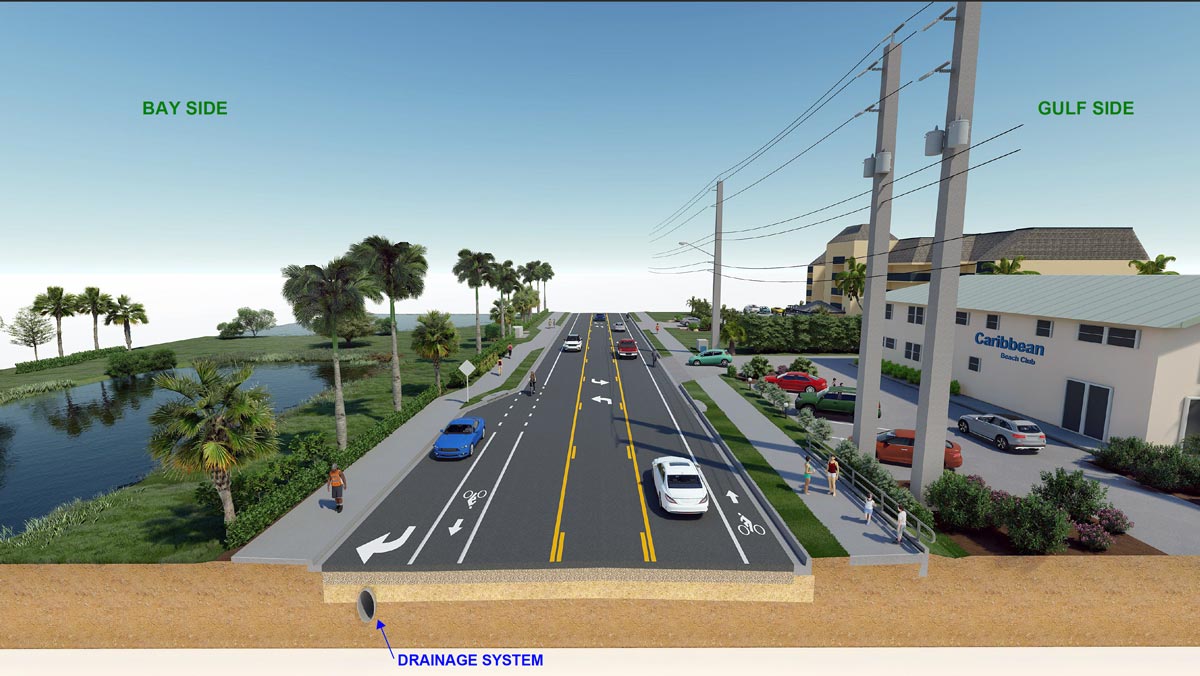 The existing northbound right-turn lanes at the south entrance to Santini Marina Plaza and at Bay Beach Lane were rebuilt at their existing locations.

ROW widths within these segments allow for wider sidewalks and larger green space areas. With the combination of roadway changes, buffers between the roadway, wider sidewalks and several relatively low-lying properties, there may be locations with sizeable elevation changes between the ROW and adjacent properties. In this situation, a retaining wall was constructed at the ROW line and a pedestrian safety rail installed on top of the wall. At some locations, walls were avoided if property owners agree to provide slope easements to the County. Pedestrian safety rails were also required where drainage structures, located at the back of the sidewalk, collect off-site stormwater.

Construction for the Town’s water main installation within Segments 5 & 6 began in October 2019. Estero Boulevard crews are expected to begin work this summer 2020 from Albatross Street to the south end of the island. This fall 2020, Waterlines crews are expected to complete installation of water mains on the gulf and bay sides of Estero Boulevard within this segment. Roadway improvements from Albatross Street to the end of the island will follow Segment 4 with connections to the Town’s new outfalls and installation of new County outfalls expected to be the first construction activities. Above are renderings of the new Estero Boulevard from Albatross Street to Bay Beach Lane along with diagrams of the new road and sidewalk layouts.

Questions? We're here to help! Submit your questions through our contact form. 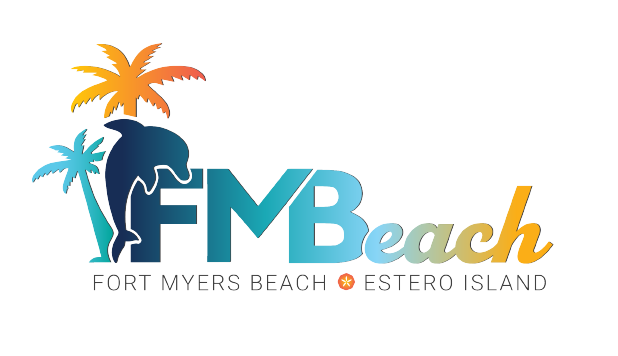